We use cookies on our website. They help us get to know you a little and how you use our website. This helps us provide a more valuable and tailored experience for you and others.

You can revoke cookies at anytime at the bottom of the page.

A great performance deserves a great audience!
The low key welcome home of the Belgian team following their great performance at the Special Olympics World Games in Athens in 2011 is an example of the public’s disengagement with Special Olympics and people with intellectual disabilities. In spite of the fact that they brought home 83 medals, there were no supporters waiting for them in the arrivals hall of Zaventem airport apart from some family members. No applause. No cheering. Not a single banner to be seen.

Stunning campaign with Kevin De Bruyne, Kim Gevaert and Jean-Michel Saive.
Under the campaign theme “A great performance deserves a great audience” an “in your face” campaign has been launched in cooperation with communications agency LDV United.  For this purpose, two of Belgium’s top athletes also offered their support: Jean-Michel Saive and Kim Gevaert.  Together, they are the face of this campaign and the word “face” should be taken literally. The pictures of the three athletes were reshaped to depict their eyes in a way traditionally associated with Down syndrome. (Watch the clip here). Do they deserve fewer fans because they have an intellectual disability? This bold statement aims to start the discussion around athletes with intellectual disabilities, which is necessary in order to banish negative attitudes and old taboos.

The Special Olympics athletes want the public to come to support them from September 9 until September 20 as they represent their countries at the European Games in what will be a thrilling display of skill, joy and community.

Tickets are available to purchase for the Opening Ceremony in the Brussels Expo Hall on Saturday September 13 and for the Closing Ceremony on September 20 in the Antwerp Sportpaleis with stage performances from Natalia, Stijn Meuris, Kate Ryan and Sandra Kim via so2014.com plus others. Entrance to all competitions during the Special Olympics European Summer Games 2014 is free.

On Thursday August 21, top television personality Rob Vanoudenhoven and Special Olympics athletes will present the ‘Special Olympics European Summer Games 2014’ to the media in the Antwerp Sportpaleis.  You are invited to the “Games of the Heart” Press Conference. Please confirm your attendance before August 18 to Elke De Mayer via elke@wavemakers.eu or by phone to 0485 75 28 66. Interview requests with Special Olympics athletes and spokespersons or sponsors can be made via email or by telephone.

In 1968, Special Olympics was founded by Eunice Kennedy Shriver, the sister to President John F Kennedy.  Today this Movement serves 4.3 million athletes with intellectual disabilities in 170 countries and holds more than 70.000 competitions in 33 Olympic sports annually. Every four years the World Summer and Winter Games are staged. This year, the Special Olympics European Summer Games 2014 take place in Antwerp from September 9 until September 20. During this period Belgium will welcome 2000 athletes with intellectual disabilities from 58 countries in the Europe Eurasia region. During eight days of competition, they will compete in 10 sports at five locations across Antwerp.

Special Olympics Belgium has been active in Belgium since 1979 and organizes National Games annually. The “Games of the Heart” aims to create a legacy in Belgium of inclusion and acceptance of people with an intellectual disability

For images, interview or accreditation requests you can contact: 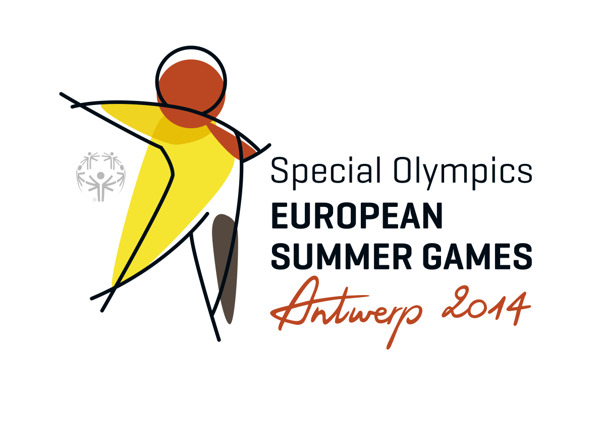 A fresh thinking PR agency
We love to Make.Things.Move.

Mix a strategic approach with a large amount of creativity and you have the ideal recipe for a successful PR campaign. With a fresh perspective, we create bridges between you and the press and influencers through our extensive PR network in the form of a thorough PR strategy, press & influencer relations, media training and crisis communication.